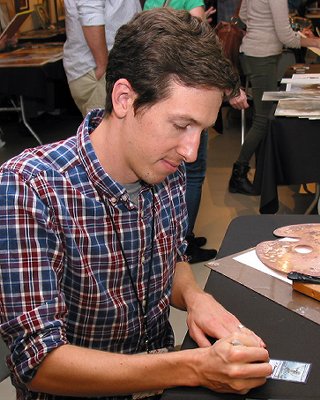 Ryan Pancoast is an illustrator whose work has been honored by the Society of Illustrators, the Art Renewal Center International Salon, and Spectrum: The Best in Contemporary Fantastic Art. He was nominated for a Chesley Award in 2017. Ryan's work ranges from traditional illustration to high fantasy, although his primary focus is historical fantasy.
Ryan is the creator of Frontier Fantasy, his imaginary version of the American West. His first Frontier Fantasy book, Common Ground, was successfully funded on Kickstarter in March, 2017.
Ryan lives in New England with his wife and two children.